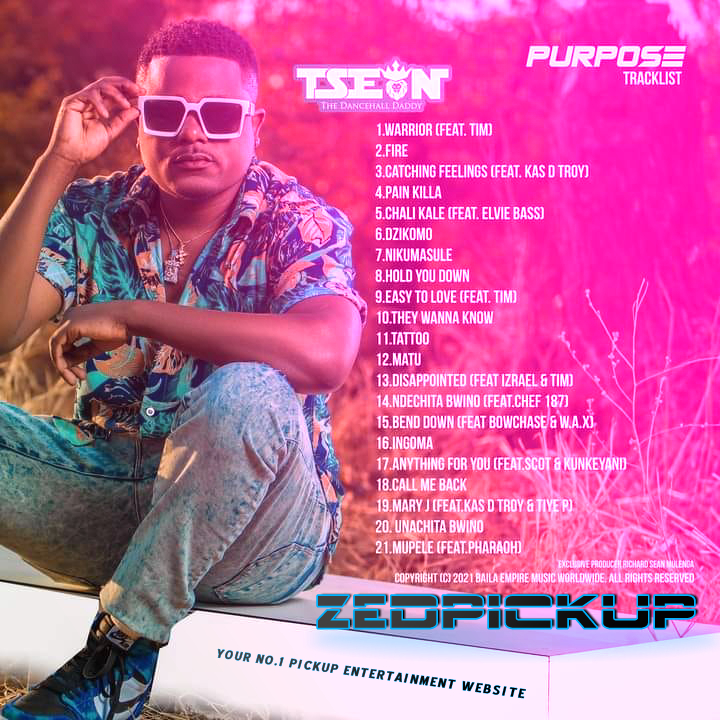 Multi Award Winning artist – T-Sean recently dropped an album named “Purpose“. The album consists of twenty one (21) songs. Track number 14 on the album is titled “Ndechita Bwino” which features Nexus Music Entertainments artist –Chef 187. On this song, T-Sean raps, which most fans will be a surprise to most fans , most fans usually know him singing. Chef 187 does a super hook for the song and also adds up some verses. Production of this song was done by Mohsin Malik.